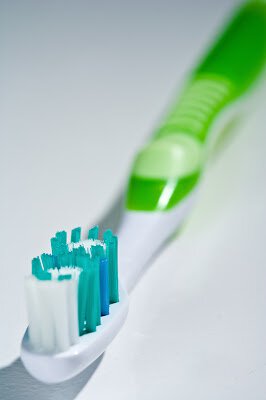 People have been brushing their teeth for thousands of years! In fact, the first “toothbrush” was created around 3000BC! Ancient civilizations used a thin twig with a frayed edge to rub against their teeth for cleaning.

The first toothbrush with bristles – similar to today’s toothbrushes – was invented in 1498 in China. Brushes were made out of bone or bamboo with bristles made from the hairs on the back of a hog’s neck.

It wasn’t until 1938 that the first nylon bristle toothbrush was introduced and people quickly became aware of practicing good oral hygiene.

Here are some other interesting facts about your toothbrush (and toothpaste):

· On average, children smile about 400 times per day

· Your toothbrush should be replaced every two months

You Deserve a Great Smile

Greenberg Orthodontics & TMJ not only offers specialized care, but you can also first see if it’s the right choice for you by booking your FREE consultation. We offer these free consultations to get to know you and help ease your or your child’s fears about what it means to have ongoing dental treatments and how that can improve your overall quality of life.